OK, remember those Wassup commercials from 8 years ago?  Funny at first, then you wanted to stab your ears with knitting needles, just so you didn’t have to hear it again?  Well, there is great parody, complete with the original guys from the commercial.

It’s really funny, in a sad sort of way.  And by far one of the best political ads I’ve seen in a while.

I can’t wait to get a real macro lens.  I see all of these amazing wedding ring shots, and I don’t have the equipment to recreate that.  Pisses me off.  I did, in the mean time, pick up a macro filter that screws onto my favorite lens- my 85mm.  Well, a few weeks ago, I got the chance to try it out: 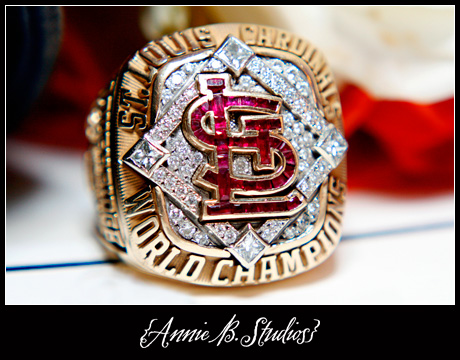 It was a pretty busy weekend for me, starting on Thursday.  Sara came into town for bridesmaid duty (congrats Jen and Dominic), so I had to pick her up.  While she went to Mizzou for 4 years, she’s had exposure to the city, so we did a mini sightseeing tour: drove around Forest Park, then headed over to the Central West End, where we had lunch, then picked up some cupcakes from The Cupcakery….seriously, if you’ve never been there, you’re missing out.  Best. cupcakes. evar.

Friday was spent hanging out with Jessi at her job.  Ended up having dinner with her as well.  Made plans for Saturday.

Saturday I headed out to the pumpkin patch with Jessi.  Ended up getting 2 huge pumpkins, one medium one (for cooking), and several small weird looking gourds.  Also picked up two mums for the front porch.  We had lunch there too, which consisted of crappy nachos for me (the only thing that was vegetarian), and a beautiful looking chili dog for Jessi.  Then we headed over to the farmer’s market, where I went a little crazy on the produce, but it was ok, because it was super cheap.  Too bad it’s 20 miles away.  I don’t want to have to do that every week.

Sunday, Matt and I headed to Clayton to pick Sara up from the hotel, and had lunch at Blueberry hill.  Stopped by Vintage Vinyl and picked up two cds I’ve been meaning to get for a while- Whiskey on a Sunday by Flogging Molly and The Whole Fam Damnily by The Reverend Peyton’s Big Damn Band.  Rocked out to “Your Cousin’s on Cops,” ate some ice cream at Cold Stone, then dropped Sara off at the airport.

All in all, a really good weekend.  Except for driving around the airport.  It sucks ass.

As you can see, the blog looks a little different.  And it’s about freaking time!  I finally found a template that I liked.  I really didn’t feel like making something on my own.  What can I say- I’m lazy.

I’m still not eating meat.  Matt actually brought up a good point the other day- when exactly am I going to start back up?  Will it be 4 weeks, or will it be 30 days?  I did say a month, so I guess that means 30 days.  So, next Wednesday will be my first day eating meat again.  I guarantee bacon will be involved somehow.

Speaking of bacon, tomorrow I will be ordering the final ingredients needed for the bacon soap.  I still need to figure out what recipe I will be using to make the soap, but apparently demand has grown.  I will also be picking up Mt. Dew scent and possibly beer scent.  I’ve got several projects lined up, but I really need to decide what scents I want to make for Christmas presents.  I need to make those as soon as possible, so they have plenty of time to cure.

Other than that, life is boring.  Oh, I’m working on the Halloween party, but that’s about it.